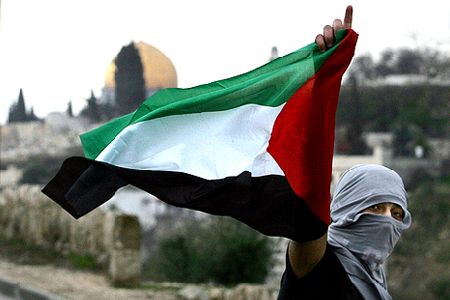 France declared it will recognize a free and independent Palestinian state based on the 1967 borders, a Press TV report said. Bernard Valero, a spokesman for the French Foreign Ministry, revealed on Tuesday that France welcomes the formation of a Palestinian state, becoming the first European country to do so.

Over the past week, Argentina, Brazil and Uruguay have all announced that they recognize a Palestinian state within the 1967 borders.

The Israeli government has condemned the set of recognitions, claiming that the initiative goes against the spirit of the Midldle East talks. Israel also accuses the Latin American nations of ignoring the 2003 roadmap for peace. Based on the roadmap, a Palestinian state could be established through dialogue, and not through a unilateral action.

The recent declarations of recognition come only weeks after Israel refused to halt its illegal construction plans of over 1,300 new settler units in East Jerusalem and another 800 units in northern West Bank.

The resumption of building activity has stalled direct Israeli-Palestinian talks, which started in early September following a 20 month settlement freeze. Israel’s decision has been criticized by the P.A., the European Union, the United States and Russia.

The Palestinians argue that Israel’s continued settlement construction work is being carried out to prevent the establishment of an independent Palestinian state with East Jerusalem as its future capital.

More than 100 countries, mostly from across Asia and Africa, have so far recognized an independent Palestine within its ’67 borders. Other emerging economic powers such as China and India have already done so.

The international community largely supports Palestinian demands for a state in most of the Gaza Strip, the West Bank and East Jerusalem, all territories occupied by Israel in the 1967 Six-Day War.