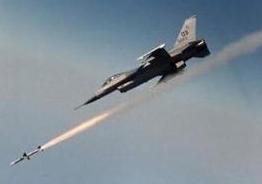 On Thursday at dawn, the Israeli Air Force carried out several air strikes targeting a number of areas in the Gaza Strip; damage was reported, no injuries.The first target was a location believed to be used as a training facility that reportedly belongs to the al-Qassam brigades, the armed wing of Hamas. The target is located north of al-Nusseirat refugee camp in central Gaza.

Local sources reported that some of the missiles that were fired by the army did not explode, and that explosive experts are trying to defuse them.

The second attack targeted an area close to the Police Station in the same village, extensive damage was reported.

The army also bombarded Tunis School, east of al-Zeitoun neighborhood, in Gaza City. The Palestinian Ministry of Education asked the students to remain home due to the shelling.

On Wednesday at night, a security guard, working at a Negev Israeli town, was moderately wounded after resistance fighters fired several mortars into the area.

The attack came shortly after a homemade shell, fired from Gaza, hit a home in Sha’ar Hanegev, in the Negev.

The Salah ad-Din Brigades, the armed wing of the Popular Resistance Committees, claimed responsibility for the attack, and stated that its fighters fired 10 mortars at Israeli forces invading Gaza from an area close to the Karem Abu Salem (Kerem Shalom) Crossing, in southern Gaza.