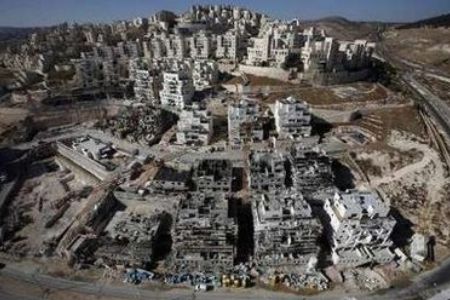 A group of former EU leaders are calling for sanctions against Israel in response to its refusal to end settlement construction in the occupied West Bank, media agencies reported. A group of 26 former top EU leaders denounced Israel’s settlement policy in a letter sent, on Thursday, to the European Union and the governments of its 27 member states, urging strong measures against Israel for its refusal to adhere to international law.

The letter’s initiative joins the recent set of recognitions of a Palestinian state within the ’67 borders declared by the governments of South American countries, including Brazil and Argentina. Also, the European Union Council intends to back the Palestinian Authority’s efforts to rally international support over the aspiration to establish a free and independent state and end the Occupation.

The move comes days after the U.S. administration dropped their demand for Israel to halt all settlement building activities in the West Bank, admitting that indirect peace negotiations failed on extending freeze on illegal settlement construction.

The European leaders also call upon the EU not to accept any unilateral changes to the 1967 borders that Israel made against international law, and that the Palestinian state would cover an area the same size as the one occupied in 1967, including East Jerusalem as its capital. The EU should support, according to the leaders, only minor exchanges of land on which the two sides agree.
In addition, the EU officials point out that any upgrading of relations between the European Union and Israel will be frozen unless settlement activities stop in the West Bank and East Jerusalem.

The group is also pressing on the European Union to play an effective and active role vis-a-vis the United States, Israel and internationally.

Reports on Thursday claimed strong criticism by the European Union, United Nations and the Arab League of Israel’s rebuff of international demands to freeze its illegal settlement construction.

Analysts reportedly argue the US has spent more time bargaining with Israel over a settlement moratorium than negotiating between Israelis and Palestinians over the core divisive issues.

Palestinian officials said, on Thursday, that PA’s President Abbas called for an emergency meeting of Arab League foreign ministers to discuss the consequences of US failed mediation.