My Wish This Christmas 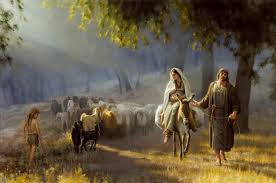 More than two-thousand years ago, a miracle happened in Bethlehem and the prophet of peace, love and forgiveness was born. Now Bethlehem, as well as every Palestinian city, town and refugee camp, still lives under occupation and oppression. If am allowed to make some wishes for this Christmas this is what they would be.

I wish that the spirit of this Christmas will make world leaders become unable to lie, unable to stand in front TV cameras, in conferences, and just tell one lie after the other.

I wish that U.S President Barack Obama, who was seen as a symbol of Change and Hope, will be able to come back to his senses and tell the truth.

I know, presidents, politicians and the truth are on opposite ends, really difficult or hard to be on the same side, but hey, it is Christmas after all and maybe miracles that reportedly happened thousands of years ago, could happen again and world leaders will not be able to lie anymore.

But who am I to say that, I mean Gandhi is dead, Martin Luther King is dead and all “semi prophets” of recent history are all dead, and we are left with what he have now!

We all know the Ten Commandments and what they instruct us to do or not to do, but maybe presidents and government officials are brainwashed before they take office in order to become more fit for their new positions, to be capable of lying to their people and to the whole world with a nice smile on their faces.

Jesus was born in Bethlehem, yet Bethlehem, the place where I was born and raised my whole life before moving to the United States several years ago, is not witnessing peace, and the star that the shepherds followed more than two thousand years ago is fading away.

Bethlehem is also the place where an Israeli undercover soldier shot me five times in my chest and back, and kicked me repeatedly until I lost consciousness. It was the place where the last word I heard from my oppressor is “after all what I did, you are still alive?!” I guess by living, even on my wheelchair for life, I am disappointing him…. So living is what I will continue to do, and loving my country, my people and real peace is what I will continue to do and seek.

Yet, Christmas is near, in Bethlehem and in every other spot in this world, this means that we will continue to hear world leaders and politicians standing, once again, in front of the cameras and lying.

We will hear talks of peace and justice, but will continue to witness crimes and occupation.

‘Blessed are the peacemakers; for they shall be called the children of God.’ Matthew 5:9, but this also means that leaders are not among those blessed, simply because they claim to seek peace, yet not for the sake of peace, but for political gains and the next round of elections.

Forgive me Father for I have sinned, but they do not deserve to be called your sons.

“Thou Shalt Not Lie”, that is why I wrote this piece, I don’t want to lie, and I want to tell the truth, the whole truth and nothing but the truth… leaders cannot tell a truth, they simply can’t do that.

One simple truth is that Israeli settlements, or to be politically correct, colonies, are in direct violation to the International Law and they simply constitute war crimes, Israel’s occupation is a crime, and crimes continue to be committed against the Palestinians on a daily basis.

Obama, the long awaited first educated president since a while now, also knows that but will he say the truth? The simple answer is No!

He sits with Israeli Prime Minister, Benjamin Netanyahu, talks, smiles and lies. They all lie, I mean when was the last time a leader told the truth… as I said earlier, Gandhi is dead, King is dead…and all profits are long gone.

But as Christmas is approaching, and do to the fact that I do not believe that there is a living leader who does not lie on a daily basis, I want to send my message to you… yes you, my readers, the ordinary people who live their lives, day by day, trying to make ends meet.

The hope and change is in you, not in world leaders, you are “the salt of the earth”, you have the power to tell your elected leaders that it is about time to stop lying.

Tell them you do not want another Christmas lie, tell then you want a real Christmas truth, not even a miracle just the truth, tell them it is time to stop lying.

Let our Christmas message be a message of real peace, real love and a message of truth, the message of love that Jesus brought to the world, and the wisdom he spoke off.

Maybe then peace will prevail, occupation will end and the people can live together in peace, justice and equality.

But maybe this is too much to ask for, and maybe blessing the leaders with truth is a curse they don’t even wish on their enemies.