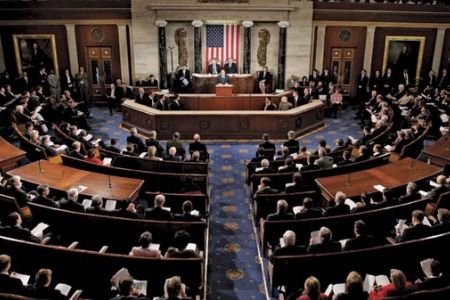 The US Congress mounted pressure on the Palestinian Authority to resume peace talks, warning against a unilateral declaration of statehood, media sources reported.Howard Berman, chairman of the US House Foreign Affairs Committee, told the Jerusalem Post on Monday: ‘Pursuing a non-negotiated path to statehood is a fool’s errand. Palestinians want a state, not a declaration. Their only way to achieve that is through direct negotiations with Israel.’ The California Democrat threatened the Palestinian Authority with loss of foreign aid if they did not cooperate by resuming talks with Israel.

Ileana Ros-Lehtinen, Senior Florida Republican Representative, also pointed out that placing conditioning of US aid on Ramallah’s commitment to recognize Israel and to ending the firing of rockets into the country from Gaza be part of resuming talks.

Berman and Ros-Lehtinen are both known to be front-running supporters of Israel and recipients of campaign funds from powerful Israel-bound lobby groups in the US. They are led by American Israel Public Affairs Committee (AIPAC) which sponsors most members of US Congress’ foreign affairs committees.

Members of the Congress also warned that American funding of the Palestinian Authority could be jeopardized by efforts to advance any move towards a unilateral declaration of an independent Palestinian state.

The growing pressure comes amidst fears in Israel that followed calls by the PA for UN recognition of a Palestinian state within the 1967 borders. Earlier last week, some South American countries such as Brazil and Argentina publicly recognized the Palestinian state in reaction to Israel’s obstinate refusal to halt all settlement construction activity.

Meanwhile, the Obama administration vowed to strengthen its efforts to assist Palestinian state-building as part of its new policy aimed at rapidly resuming the PA/Israel talks. The administration is asking Congress to approve $200 million in funding for the Palestinian Authority next year.

At the time when US mediator George Mitchell is shuttling between Jerusalem and Ramallah in a bid to revive the peace process, local official sources told AFP, on Tuesday, that Palestinian President Abbas wants ‘guarantees and answers’ from Washington before returning to any negotiations, whether direct or indirect.

A letter dispatched from chief Palestinian negotiator Erekat to U.S. Secretary of State Clinton last week, reportedly contains two key conditions for resuming negotiations: that the U.S. ensure a stop of all Israeli settlement building in the West Bank and East Jerusalem, and that it allows recognition of a Palestinian state within 1967 borders. Failure to meet these conditions, the Palestinians intend to demand that U.S. President Barack Obama refrain from opposing a United Nations recognition of a Palestinian state based on these 1967 borders.

On 2 September, the US persuaded the Palestinian Authority to join the peace negotiations with Israel in Washington. However, the talks reached a stalemate when Israel refused to extend a partial settlement freeze after it expired on September 26, pushing PA negotiators to walk out.