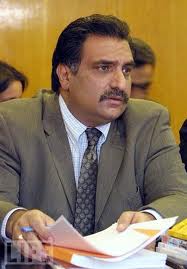 Several Israeli Knesset members have demanded the assassination of the ex-Arab MK Bishara after listing him as ‘terrorist’, Quds Press reported on Wednesday. The Knesset members made the call during approval of the first reading of the ‘Azmi Bishara Bill’ which stipulates stripping Dr. Bishara of payment of parliamentary pension.

Azmi Bishara resigned from the Knesset, in April 2007, after the Israeli authorities filed a lawsuit against him for allegedly transmitting information to Lebanon’s Hezbollah. The information provided were with regards to strategic locations in Israel due to be attacked with rockets during the 2006 Lebanon war.

Although he has not been found guilty of the allegations, Bishara lost his parliamentary immunity after resigning from the Knesset.

During the parliamentary session, heated debates were witnessed between Arab and Jewish Knesset members when Jewish deputies called for the assassination of Bishara.

In the same session, other Jewish Knesset members condemned Arab members, Jamal Zahalka and Haneen al-Zoabi, and vowed to expel them from the Israeli parliament.

MK Zoabi was harshly punished by the Knesset for joining the Freedom Flotilla aid convoy to Gaza last May. She lost a number of key privileges granted to Knesset Members after her participation.