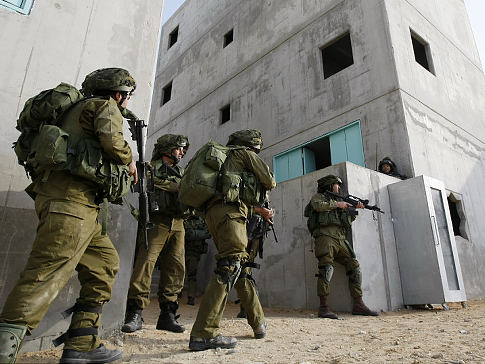 On Wednesday morning, seven Palestinians were arrested by the Israeli military in a series of raids near the West Bank cities of Tulkarm, Tubas, Jenin and Ramallah, PNN reported. All of them were detained after Israeli army searched their homes and established checkpoint outside their villages.

In Tamoun, northern Tubas, Abdul Sitar Khaled Nebi Awda, 22 years old, was taken away from his house, as was Salah Alariyyeh, age unknown, who was arrested in Aktaba, near Tulkarm.

There is still no information about the identities of the other five detainees.

In addition, Israeli soldiers blockaded and photographed the al-Nabi Matta Mosque in the village of Beit Ummar, near Hebron, to measure the interior space.

According to the spokesman for the Global Palestinian Solidarity Project Muhammad Ayad Awad, a rabbi was among with the troops and warned him that ‘Jews deserved to be praying inside the mosque.”

No information was given by the Israeli troops about the reason of the intrusion in the mosque, although local sources reported that it could be a part of a plan to demolish it.

The al-Nabi Matta mosque houses the tomb of Nabi Matta or Amittai, father of Jonah, who is not considered to be a holy figure for Judaism and Islam.