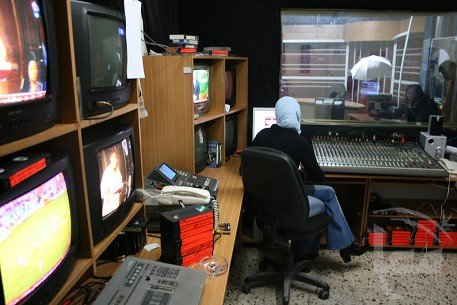 On Wednesday, the P.A. Interior, Communication, and Information Ministries informed about the reopening of three local radio stations, that were shut down on Monday, after they settled registration and licensing issues, Ma’an News reported.According to the Information Ministry media chief Muhammad Abu al-Halawa, speaking to Ma’an, the al-Qamar radio station in Jericho; Jafra in Tulkarem and Lamasat ash-Sharq in Hebron are allowed to resume broadcasting, after paying registration fees.

On Monday, a technical committee of specialists and consultants from the Ministries of Telecommunications, Information, and regional licensing boards, reportedly decided to close 12 radio and TV stations throughout the West Bank, due to failure to abide by a new permit system following months of time allowance and re-negotiation of fees.

The Palestinian Journalist union condemned the decision accusing the closures to be a violation of previous agreements between the broadcasters and the committee, according to which the stations would be kept open until fees were paid.