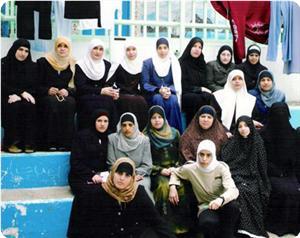 The P.A. spokesman in Gaza denounced, on Thursday, Israeli jailers for their treatment of Palestinian female prisoners, who suffer harsh and systematic violations, the Palestinian Information Centre reported. Riyadh al-Ashqar, spokesman of the P.A. ministry of prisoners and ex-prisoners in Gaza City, commented on the sever treatment against Palestine women held captive in Israeli jails during an open forum organized by the independent bureau for human rights in Gaza City. He added that 36 Palestinian women are detained in the Israeli Hasharon and Damoun prisons.

Al-Ashqar described Israeli measures taken against female detainees including deprivation of family visits, solitary confinement, malnutrition, denial of adequate medical care. He argued the inhumane measures are aimed to prevent steadfastness and resoluteness of the captives.

A former prisoner named Fatima al-Zaq told, at the forum, her experience in an Israeli jail reporting that she was put in a dirty solitary confinement room while she was pregnant. Furthermore, Israeli doctors prescribed her wrong and unknown medicine a number of times, trying to abort her pregnancy.

Another ex-detainee, Fayrooz Arafa, narrated about her suffering while incarcerated in Israel’s jails saying that the Israeli Prison Authority officials inflicted the worst psychological and physical torture on Palestinian female captives with the intention to kill their will.

Jamil Sarhan, director of the Bureau for Human Rights, criticized the punishment methods adopted in Israeli jails against Palestinian prisoners, including women and children, pointing out that international laws and conventions prohibit such measures.

Sarhan also condemned the poor health state of female captive Linan Abu Ghalamh. Abu Ghalama has been on hunger strike for 16 days so far after Israeli prison officials refused to join her with her sister Taghreed detained in another prison.