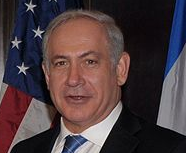 Israeli Prime Minister, Benjamin Netanyahu, stated on Monday at night that a temporary peace deal with the Palestinians is possible should the direct peace talks between the two sides fail. Netanyahu said that a temporary agreement on “core issues” can be reached, and added that this agreement could be possible especially if talks on the Right of Return of the Palestinian refugees and Jerusalem fail to advance.

He also reiterated his demand that the Palestinian must recognize Israel as a Jewish state.

“Should the Palestinians recognize Israel as a Jewish state, I will be willing to jeopardize my current coalition if this would lead to a peace agreement”, Netanyahu added.

His statements caused a reaction from the Labor Party, a member of Netanyahu’s coalition government.

Israeli Deputy Defense Minister, Matan Vilnai, shed doubt on the future of the coalition and stated that the statements of Netanyahu “are an obstacle that could push the Labor party to quit the coalition”.

The Labor party also criticized earlier statements of Israeli Foreign Minister, Avigdor Lieberman, in which he slammed the Palestinian President, Mahmoud Abbas, and described the Turks are liars.

Nabil Abu Rodeina, spokesperson of Palestinian president, Mahmoud Abbas, stated that transitional peace deals are not acceptable as they exclude Jerusalem and the refugees.

Abu Rodeina added that “talks on a state with transitional borders are also not acceptable; they will not lead to peace:”, and explained that “it is time to start talking about final status issues, and to establish an independent state on the boundaries of June 4 1967”.

Netanyahu and his coalition partners insists on what they call “Israel’s right to build Jewish settlements” in the West Bank and in occupied East Jerusalem.

Israel also refuses to hold talks on core issues such as borders, natural resources and sovereignty.

It also refuses to recognize international resolutions regarding a full Israeli withdrawal to the 1967 borders, including East Jerusalem, the refugees’ Right of Return, natural resources and all related issues.