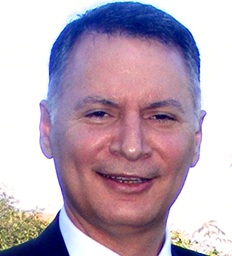 A construction firm headed by Palestinian businessman, Bashar Al Masry, intends to buy an Israeli Construction Firm that builds Jewish settlements in occupied East Jerusalem. The news angered residents of Nuf Zion settlement neighborhood in Jabal Al Mukabber, in East Jerusalem, as the firm supervises the construction there. Israeli Yedioth Aharonoth reported that the firm could be sold to an investment firm headed by Al Masri, an issue that angered the settlers living in Nof Zion.

The paper added that should the deal be approved, the firm would have the power to stop constructions in the “neighborhood”.

It reported that developers who invest in the Degil Construction Group held a meeting on Tuesday to discuss the issue as the group is suffering deficit estimated by 130 Million New Israeli Shekels. It supervises constructions in Israel and several parts of the world, especially in Europe, the Arabs48 news website reported.

A vote on the issue was held in Jerusalem while residents of the settlement neighborhood attended the meeting in an attempt to obstruct the deal. Poll results will be published in the coming days.

Al Masri heads a development group registered in Cyprus, and most of the members of this group are businessmen from the United States. The group’s consultant in Israel is Lawyer Dov Weisglass, who served as a consultant for the former Israeli Prime Minister, Ariel Sharon.

According to Yedioth Aharonoth, the brother of Jerusalem Mayor, Nir Barkat, owns 30% of the firm’s stocks.

It is worth mentioning that the Palestinian businessman, Al Masry, heads an investment firm that is constructing the first new Palestinian city, Rawabi, near the Central West Bank city of Ramallah.