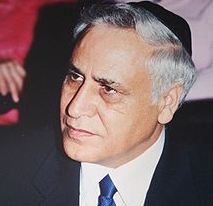 The Tel Aviv District Court convicted on Thursday, former Israeli President, Moshe Katsav, 65, of two counts of sexual assault and rape. By Israeli law, the maximum punishment of rape is 16 years, and carries a minimum of four.The court only dropped one charge; harassing a witness, as apparently no solid grounds for the accusation were presented.

Israeli Ynet News reported that the judge stated that the version of the former president was filled with lies.

Katsav’s rape convictions are based on charges presented against him after he was accused on sexually assaulting a former female employee of the Ministry of Tourism, and of a sexual assault against a woman who worked at his residence.

He was also found guilty of obstructing justice, and was acquitted from one charge of harassing a witness.

The verdict came after four years of investigations, questioning and legal procedures. The charges against him refer to the period when he served as the Israeli Minister of Tourism and as the President of Israel.

All four years of trial and deliberations were held behind closed doors with few words leaked to the press.

Israeli Ynet News reported that Katsav withdrew two years ago from a plea deal that left out most serious charges as he insisted on he did nothing wrong.

The date for sentencing Katsav has not be set yet, but he could be sentenced up to sixteen years, while the minimum is four.

Following the verdict, the former Israeli President left the Tel Aviv District Court surrounded by bodyguards and his lawyers without making comments to the press.