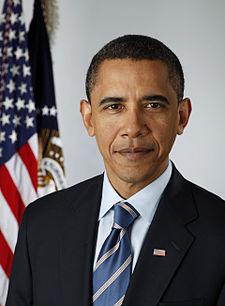 U.S. President, Barack Obama, issued an order appointing a temporary ambassador in Damascus after near six years of a total diplomatic boycott. The new order, signed by Obama on Wednesday, also appoints ambassadors in Turkey and Azerbaijan.

Republican Congresswoman, Eliana Jones Littleton, considered appointing an ambassador to Damascus as a “concession to the Syrian regime that acts to destabilize Lebanon by supporting Hezbollah party”.

She added that ‘providing such concessions to Syria encourages it to implement its dangerous agenda”, and described the appointment as “sending the wrong message to a regime that acts against American interests, and the interests of Washington’s allies”.

In 2005, the then-U.S. President, George Bush, recalled the U.S ambassador to Damascus, and the U.S. Embassy there remained functioning without an ambassador.

Ford speaks Arabic Fluently, and has a long experience in Middle East politics, he also held political positions in Bahrain, Egypt and Turkey, and also served as an ambassador in Algeria between the period of 2006 and 2008. He is currently the vice-head of the American mission in Baghdad.

It is worth mentioning that Obama also appointed a new ambassador to the Czech Republic.

In related new, Washington canceled the Visa of the Venezuelan Ambassador apparently in response to the country’s refusal to accept the the newly appointed U.S. Ambassador to Caracas.