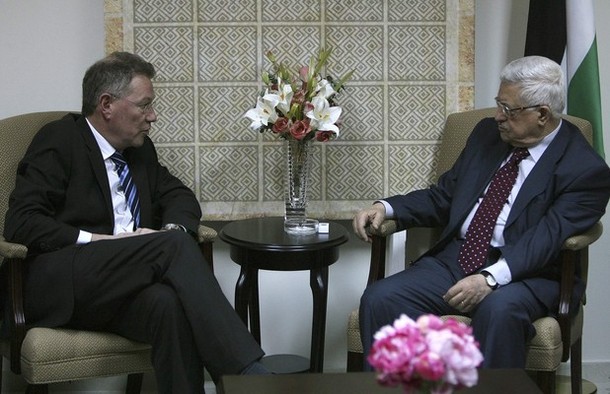 On Sunday, the office of the U.N. Special Coordinator for the Middle East, Robert Serry, said that the U.N. is concerned about the killings of two Palestinians within 48 hours and it is ‘awaiting the full facts of these tragic fatalities,’ Ma’an News reported.Serry’s spokesperson, Ricard Miron, declared that the U.N. is ‘very worried that two Palestinians have lost their lives in recent days in incidents involving Israeli forces in the occupied West Bank.’

Miron also added that according to international law, ‘Israel must take all precautions to ensure the protection of the civilian population and refrain from the excessive use of force.’

The victims of the Israeli military attacks were Jawaher Abu Rahmah, 35, who died on Saturday after inhaling tear gas fired by Israeli soldiers at the anti-wall rally in Bil’in on Friday; and Mahmoud Muhammad Dharaghme, 21, who was fatally shot by soldiers at Al Hamra checkpoint, east of Nablus on Sunday.

Meanwhile, the Palestinian Authority spokesman, Nabil Abu Rudeina, considered the killings to be a ‘dangerous escalation’ by Israel and added that these attacks do not give any hope for the peace process.

‘We ask the U.S. administration and the international community to take necessary steps to stop the dangerous escalation against the area,’ Abu Rudeina told AFP.