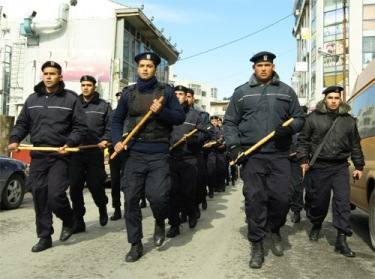 He also added that the Fatah-led government ignores the calls to end political arrests and claimed that the P.A. is ‘fully responsible’ for the lives and safety of its detained affiliates.

Barhoum strongly condemned the detention of Ayoub Al-Qawasmi, the Qassam Brigades leader, 46, who was detained in Hebron on Thursday night, and whose whereabouts have still not be revealed. He described the action as ‘abduction’ and a ‘national crime’.

The detention of political prisoners by Fatah in the West Bank and Hamas in Gaza, defined as a security disagreement, are always considered to be an obstacle for the national unity by the two factions.

Hamas and Fatah have had severely strained relations since Hamas won the Palestinian legislative elections in early 2006. While Fatah has been negotiating with Israeli authorities to take over the role of the Israeli military occupying the West Bank, Hamas sees this approach as collaborating with the illegal Israeli occupation.

Recently, two rounds of talks held in Damascus failed to achieve reconciliation between the parties.