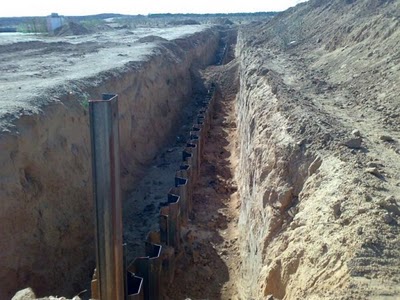 Egyptian security personnel shot and wounded, on Wednesday morning, a Sudanese migrant while attempting to infiltrate into Israel, apparently seeking work.Egyptian security sources reported that a border police patrol noticed the migrant approaching the border fence with Israel, and opened fire at him “after he failed to heed to their commands to stop”.

The sources claimed that a number of warning rounds were fired into the air, “but the migrant refused to surrender and proceeded towards the fence”.

He was moved to the Al Arish Hospital in Egypt suffering from a gunshot injury to this thigh.

Israeli daily, Haaretz, reported that in November of last year, the number of attempts to infiltrate into Israel per week arrived to 700; most of them came from countries in Africa.