Lieberman: “Gaza Siege Could Be Lifted if Smuggling Stops & International Forces Are Deployed” 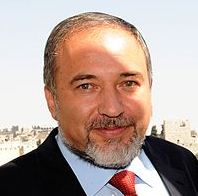 Israeli Foreign Minister, Avigdor Lieberman stated during his Wednesday meeting with the visiting EU Foreign Policy Chief, Catherine Ashton, that the siege on Gaza can only be lifted if the EU wants to deploy forces along the border, and help stop the smuggling of weapons into the coastal region. Lieberman stated that if the EU sets up a strong force that could genuinely operate against arms smuggling then the siege could be lifted.

He claimed that the siege was imposed on Gaza to stop what he called “careless smuggling of weapons that are used against Israel”.

Lieberman added that weapons are mainly smuggled into Gaza through underground tunnels along the border between Gaza and Egypt.

Meanwhile, the EU issued a statement describing the visit of Ashton as part of ongoing EU efforts to resume the peace process and to stress on the urgent need to open border crossings leading to Gaza.

She added that this is urgently needed to allow the reconstruction of the war-torn Gaza Strip, and to build its economy.

Referring to Iran, Ashton said that the leadership in Tehran must realize that the world will not accept its attempts to obtain nuclear weapons.