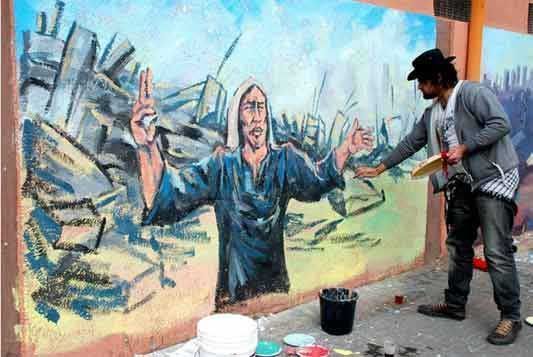 The manifesto that an anonymous group of Gazan students, called Gaza Youth Breaks Out, issued three weeks ago showing their despair over the living conditions in the strip, has captivated thousands of supporters worldwide, The Guardian echoed. The cyber-activists wrote the Gaza Youth’s Manifesto for Change as a way to show their anger with the status quo and gather support within international human rights organizations. Facebook has been their platform boot, in which they already have thousands of friends.

Meeting with the Spanish journalist Ana Carbajosa, the activists, who prefer to remain anonymous, claimed that they do not represent anybody except themselves and admitted they are excited but also frightened by the impact of the text.

‘Not only are our lives in danger; we are also putting our families at risk,’ one of them claimed.

In the Gaza Youth’s Manifesto for Change, the group aims to make it clear that they have had enough.

“Fuck Hamas. Fuck Israel. Fuck Fatah. Fuck UN. Fuck UNWRA. Fuck USA! We, the youth in Gaza, are so fed up with Israel, Hamas, the occupation, the violations of human rights and the indifference of the international community!” the document begins.

In addition, the document goes further explaining the humiliations that Gazans suffer on the daily basis, not only because of the Israeli blockade, but also due to the internal Palestinian division between Fatah and Hamas factions.

‘We are afraid of living, because every single step we take has to be considered and well-thought, there are limitations everywhere, we cannot move as we want, say what we want, do what we want, sometimes we even can’t think what we want because the occupation has occupied our brains and hearts so terrible that it hurts and it makes us want to shed endless tears of frustration and rage!’

The young group claimed that the document is the conclusion of an accumulative frustration that has to be transmitted, due to, among other things, the high unemployment rate, the cut into the liberties, the difficulties to travel abroad, the tension between factions and the systematic tendency to confront each other, make the atmosphere in the strip unbreathable.

‘We are supposed to be the engine of change in this society, but our voices are muted. In the press, at university, there is no room in our society to talk freely, out of the frame, without putting yourself and your family at risk,’ they told Carbajosa.

The deposed government of Gaza has declared 2011 the Year for the Youth, as its commitment with Gazan young people, an initiative that for the authors of the manifesto is only a symbolic move.

In Gaza Strip, with 1.5 million people living under Israeli blockade, more than a half of the population is under 18.