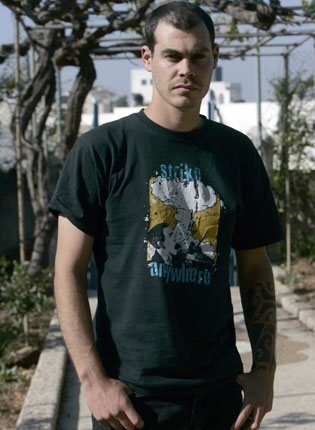 Israeli activists who are involved in protests against the Israeli annexation wall had their homes searched by Israeli police.According to a Ma’an News report, Israeli special police forces attempted to enter and conduct a search of a home in central Tel Aviv, shared by a number of left-wing activists. Activists refused to submit to the search because they were not provided with a search warrant.

At 11 a.m., three policemen targeted a second home which is the residence of an activist who had been detained at a protest against Israel’s Operation Cast Lead in 2009. According to a witness, after the police entered the home they “turned the house upside down,” confiscating computers, pictures, clothing, and other items.

This new development comes in the midst of increasing attacks on Israeli activists by Israel. In recent weeks, the Shabak, Israel’s intelligence service, has been calling Israeli protester to come in for “friendly chats.” All those who have receiving the calls have refused, since by law they are not required to comply with the requests unless they receive an official summons from the police.

Last week, well-known left-wing activist Johnathan Pollak was sentenced to three months in jail for his role in a small, non-violent protest held in Tel Aviv in 2008, against the Israeli siege on Gaza. Pollak was singled out from the other demonstrators and was the only protester who was arrested, leading many observers to believe that Pollak is being punished for his role in the Palestinian cause, and the fact that he is the spokesman for the West Bank’s Popular Struggle Organizing Committee, which serves as a media center for all villages engaged in non-violent demonstrations, including Bi’lin.

Other activists have suffered similar problems as a result of their involvement in the Palestinian struggle. Earlier in December 2010, Matan Cohen, an Israeli who is involved with the Boycott, Divestment and Sanctions movement and is studying in the United States, was detained for several hours in Ben Gurion International Airport upon return to Israel. His luggage was searched and officials told him he was suspected of being involved in “hostile terrorist activities.”

“This is definitely a step up in the level of political repression against anti-apartheid activists in general, and BDS activists in particular,” Cohen said.