Call for Israeli Facebook Groups to be closed down 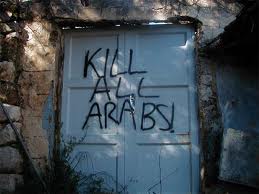 The deputy Israeli Attorney-General has asked the police in Israel to investigate two Facebook groups for inciting racism against Arabs.Haaretz reports today that Israel’s deputy Attorney-General Shai Nitzan has instigated an enquiry into two Facebook groups – ‘Death to Arabs’ and ‘Protest in Um Al Fahm against the Islamic Movement’ – both of which are suspected of inciting violence.

‘Death to all Arabs,’ which has 170 members, explicitly calls for acts of violence to be carried out against Arabs.Under the ‘group description’ section, it says, ‘We need to kill them one by one…. Dead Arab= Good Arab.’ The group had obviously reached other users, one of who posted ‘Death to Jews’ on the group’s wall.

The second group, ‘Protest in Umm al-Fahm against the Islamic Movement,’ was organized ahead of the right-wing march in the Arab town of Umm al-Fahm. The march, which took place in October of last year, was held to protest the participation of a leader of the Islamic Movement in last May’s Gaza-bound flotilla.

Users wrote on the group’s wall ‘death to Arabs’ and ‘Mohamed is a pig.’

In both cases, Nitzan ordered that police contact Facebook and request that both groups are shut down.