Netanyahu To Meet Mubarak In Egypt 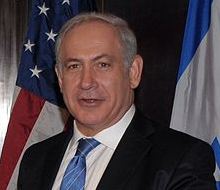 Israeli Prime Minister, Benjamin Netanyahu, will be holding a meeting on Thursday with the Egyptian President, Hosni Mubarak, and will be heading back to Israel during evening hours. The two leaders are expected to hold talks on the “peace process” and the bilateral relations between the two countries.

Israeli sources reported that bringing Ben Eliezer along comes as Netanyahu is trying to avoid a political crisis as the Labor Party is threatening to leave the coalition government of Netanyahu by April if the peace process with the Palestinians is not resumed.

Netanyahu also approved a request made by Ben Eliezer to allow more than 5000 Palestinian workers from Gaza to work in industry and construction in Israel.

During a phone call with Netanyahu, King Abdullah II of Jordan, stated that it is urgent not to waste more time without conducting serious and effective talks with the Palestinians in order to resolve all final status issues and reach a two-state solution.

In a statement issued following the phone conversation, the Royal Court in Amman said that the peace process must lead to a viable and independent Palestinian state living in peace next to Israel.

The statement added that failing to achieve a lasting peace will lead to further instability in the region.