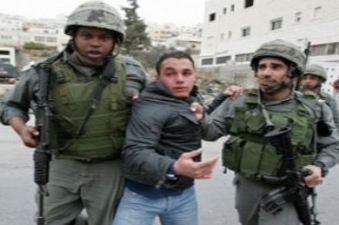 The Israeli army conducted on Thursday at dawn an arrest campaign in the occupied West Bank, and kidnapped eight Palestinians Israel claims to be wanted by its security forces. The Israeli Radio reported that the kidnappings took place in Hebron, Bethlehem, Tulkarem and Jericho.

The radio added that all kidnapped residents were moved to interrogation centers in the West Bank.

In related news, the Hamas movement accused the Palestinian Security Forces of President Mahmoud Abbas of arresting five members and supporters of the movement in the West Bank.

Hamas issued a press release stating that its members and supporters were arrested by the Palestinian Security Forces in Ramallah, Qalqilia, Nablus and Hebron.

The Palestinian Authority led by Hamas in Gaza, and the authority of Mahmoud Abbas in the West Bank continued to trade accusations of arrests and attacks, especially after the Israeli army killed a 66-year-old Palestinian in Hebron as he slept in his bed.

The army apparently wanted to assassinate a Palestinian who lived in the second floor; soldiers broke into the house and directly headed to a bedroom on the second floor and immediately opened fire at the man without even checking his identity.