Clashes Erupt in Silwan after Police Raid a Resident’s Home 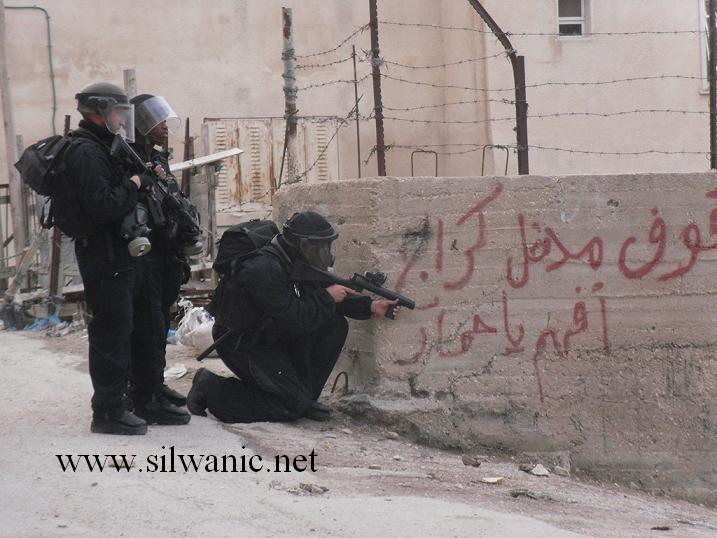 On Sunday, violent clashes erupted in the district of Baten al-Hawa, in Silwan, East Jerusalem following an Israeli police raid on a residential home. The home of Yahya Silwadi and his family was stormed by police and plainclothes officers. The reason given for the raid was that the rooms in the home had “illegal” additions and measure dimensions.

Clashes broke out when family members tried to prevent Israeli forces from entering their home.

The Silwadi house comprises 40 dunums of land claimed by Israeli settlement groups to be the property of a Yemenite Jewish group that settled in Silwan in the nineteenth century. Israel and settlement associations are using the ‘right of return’ law to justify their expropriation of the Silwadi’s land, as well as other land belonging to Silwan residents.

The Silwadi family, possess all relevant documents proving their legal ownership of the house and the land on which it is built.

A Palestinian resident of Baten al-Hawa told Silwanic that “while the settlers have so far been unsuccessful in forging a link between their groups and the property, it is very straightforward for the police to go after the owners on the pretext of “illegal” construction.”