UN and EU Call for Protection of Palestinians in Jerusalem 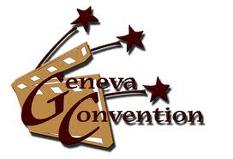 According to a report by IRIN, UN agencies and European Union (EU) officials in the occupied Palestine are calling for the implementation of international humanitarian law to protect the Palestinian population in East Jerusalem from forced displacement. UN, Palestinian Authority and EU officials say East Jerusalem is occupied territory, requiring protection of the civilian population by international humanitarian law, a legal framework which prohibits population transfer into and out of the territory.

According to the UN Office for the Coordination of Humanitarian Affairs (OCHA) between 5 and 11 January, the Israeli authorities demolished five Palestinian-owned structures in East Jerusalem because they did not have Israeli-issued building permits.

Because of inadequate zoning and planning for Palestinians, obtaining a building permit from the Israeli authorities in East Jerusalem is almost impossible, says OCHA. Restrictions prevent Palestinians from lawfully repairing or constructing homes, water systems and other necessary infrastructure. Meanwhile, there are at least 1,500 pending demolition orders in East Jerusalem, potentially affecting the livelihoods of thousands.

“Transfer of property and buildings in East Jerusalem should be regulated by the provisions of the fourth Geneva convention,” said Ghassan Khatib, a representative from Palestinian prime minister Salam Fayad’s office.

The December 2010 Jerusalem Report, authored by 25 heads of mission from the EU in Jerusalem and Ramallah, said that “successive Israeli governments have pursued a policy of transferring Jews into occupied Palestine in violation of the fourth Geneva Convention and international humanitarian law.”

In East Jerusalem 35 percent of the land has been expropriated for “state land”. Palestinians living in Jerusalem only hold ID cards and are prohibited from buying property.