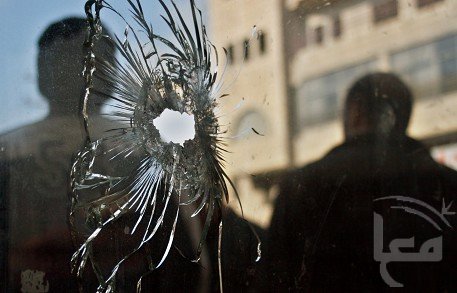 The incident occurred just hours after documents were revealed in an Al-Jazeera documentary, showing a February 2008 talk between former Israeli Foreign Minister Tzipi Livni and Palestinian negotiator Ahmed Qurei. The transmitted discussion was about the breach by Hamas of a border wall between the Gaza Strip and Egypt.

Livni was reported asking whether the breach of the border could be seen as a victory for Hamas. Qurei replied affirmatively asking what Israel would do about it. Livni answered that since the withdrawal from the Strip there is no Israeli presence in the area. Qurei then responded saying Israel can occupy the crossing.

The Civil Administration, which in the Gaza Strip stays under the control of the Palestinian Authority, has the function of coordinating with Israel on matters relating to the crossing terminals. The targeted office was in charge of liaising with the Israeli Civil Administration office over the Erez crossing in northern Gaza.

Since Hamas took over as officials in Gaza’s Civil Administration, similar attacks to the offices have been reported six times so far.

Protests also reportedly took place in the south of Gaza.