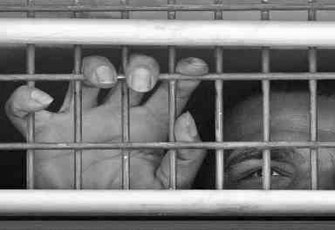 Four Palestinians, who were held in an Egyptian prison, returned to the Gaza Strip on Sunday. The prisoners made their escape when thousands broke out of jails across Egypt amid an absence of police and chaos sparked by nationwide protests demanding the end of Hosni Mubarak’s regime.

Among those who returned Sunday was Mohammed al-Shaer, a big name on the cross-border smuggling scene, arrested six months ago, and Hassan Washah, who served three years of a 10-year term for unspecified security offenses.

Mu’tasem al-Qufa, jailed more than seven years in Abu Za’bal prison, said, “I was detained while I was on my way to Egypt, on the accusations that I am an affiliate in Hamas movement.”

Al-Qufa stressed that he was mistreated in Egyptian prisons especially in Abu Za’bal prison.

He said many Palestinians were with him in the prison, eight of them from Hamas and Islamic Jihad.

Other prisoners were said to have reached Egypt’s port city of el-Arish and were expected to reach Gaza later, official sources said.