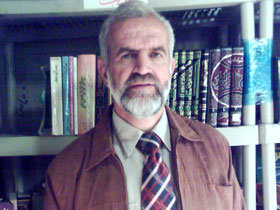 Islamic Resistance Movement, Hamas, slammed the Israeli arrest of legislator Sheikh Mohammad al-Natsha, 53, of its Change and Reform Bloc.Hamas issued a press release stating that the illegal Israeli policy of kidnapping elected officials will not derail the Palestinians and their leaders from defending their lands.

The legislator was abducted by the Israeli army on Monday at dawn, after Israeli soldiers broke into his home in Hebron, in the southern part of the West Bank. He was among 21 Palestinians in abducted in several parts of the West Bank.

He is one of eleven elected legislators who are still imprisoned by Israel. Eight of them are members of Hamas, two are members of the rival Fateh faction, and one is from the Popular Front for the Liberation of Palestine.

It is worth mentioning that On September 12 2010, al-Natsha was released from an Israeli detention facility ago after being imprisoned for 9 and a half consecutive years, including 6 years in solitary confinement.