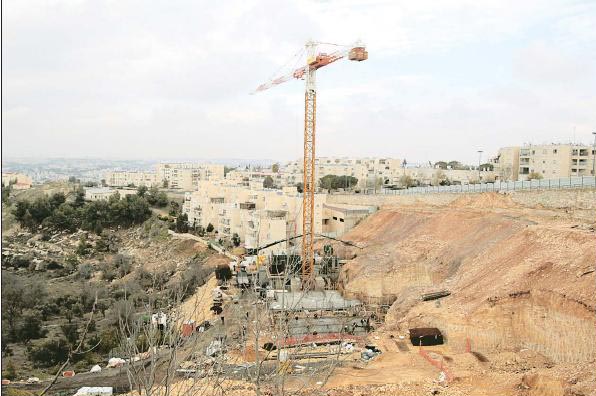 Also this week, Israeli warplanes bombarded a tunnel on the Egyptian border south of Rafah.

In the West Bank, two Palestinian civilians, including a child, were killed and a third one was wounded by Israeli settler. An 18-year-old civilian was killed by an Israeli settler in Iraq Bourin village, south of Nablus, on 27 January 2011. The victim was farming his land when the settlers shot him dead. According to investigations conducted by PCHR, at approximately 13:20 on Thursday, 27 January 2011, an Israeli settler from ‘Brakha’ settlement to the south of Iraq Bourin village, south of Nablus, shot dead ‘Odai Maher Hamza Qadous, 18, using a pistol. The victim was hit by a bullet that entered the right shoulder and settled in the kidney. In his testimony to PCHR, the victim’s cousin, ‘Omar Ahmed Hamza Qadous, 21, stated:

‘At approximately 08:00 on Thursday, 27 January 2011, my cousin ‘Odai Maher Hamza Qadous, 18, and I were farming our land in al-Wedian area in the southeast of Iraq Bourin village, south of Nablus. We left 10 sheep grazing atop of a mountain near the land. At approximately 12:30, after we had finished our work on the land, my cousin told me that he would mount up the mountain to bring the sheep and go back to our village. ‘Odai went to the mountain and stayed on the land. Twenty minutes later, I heard him calling on me. He told me that he found 7 sheep only, while the other sheep were missing. I went to search for the two sheep. Nearly half an hour passed and my cousin did not come back. I mounted up the mountain to search for him and the sheep. When I arrived at the top of the mountain, I saw ‘Odai on al-Jaish (the army) road, which leads to ‘Brakha’ settlement behind the mountain. ]An Israeli[ settler was standing in front of him. Later, I saw ‘Odai walking behind the mountain and the settler was behind him, until I could not see them. Soon after, I heard the sound of a bullet. I followed them. I saw the settlers running away towards Madama village, and my cousin was lying wounded on the ground. He immediately died. I tried to carry him, but I could not. I saw two farmers who were working on their land and I told them what happened. They immediately came to help me. We tried to carry him, but we could not. I asked one of them to put my cousin on my shoulder and I took him to the village. The farmers phoned the Palestinian police and residents of the village of what happened. A number of residents came. They brought a horse with them. We put my cousin on the back of the horse and took him to the edge of the village, where a Palestinian ambulance was waiting. It transported him to Rafidya Hospital in Nablus.’

At approximately 08:00 on Friday, 28 January 2011, at least 100 Israeli settlers from ‘Beit Ain’ settlement broke into Safa village to the north of Beit Ummar town, north of Hebron. A number of them were armed with pistols and M16 rifles. The settlers moved inside the village on foot towards Beit Ummar town. Palestinian civilians gathered in an attempt to prevent the settlers from breaking into the town. Clashes erupted between these civilians and Israeli settlers. The settlers fired directly at these civilians. As a result, Murad Mohammed Ekhlil, 20, was wounded by a bullet to the right elbow. Palestinian civilians threw stones towards the settlers and forced them to run away towards an agricultural area known as Khirbat Jaddour. At approximately 09:30, a settler fired directly at Yousef Fakhri Mousa Ekhlil, 15, from Beit Ummar, wounding him with a bullet to the head. The child was evacuated to a hospital in Hebron, where he underwent a surgery, but he died at approximately 20:00. Soon, Israeli forces moved into the area. They fired rubber-coated metal bullets and tear gas canisters at Palestinian civilians to allow Israeli settlers to withdraw from the area.

On 27 January 2011, a number of Israeli settlers from ‘Yits’har’ settlement to the north of ‘Ainabous village, south of Nablus, set fire to a car belonging to Bassam Yousef Rashdan.

On 31 January 2011, a number of Israeli settlers gathered near Beit Leed intersection on Tulkarm-Nablus road, east of Tulkarm. They threw stones at Palestinian civilian vehicles, but no casualties or damage were reported.

On Thursday, January 27th, at approximately 16:00, a heavy explosion occurred in al-Shouka village, east of Rafah, nearly two kilometers away from the border between the Gaza Strip and Israel. The explosion killed Bassel Mohammed Nafe’ Abu ‘Edwan, 14, while he and his brother were grazing animals near their house. According to medical sources, the child body was dismembered. According to the child’s family, the area where the explosion occurred had been subjected to repeated incursions by Israeli forces, and that the explosion could be resulted by a mysterious object left by Israeli forces. The Palestinian police stated that the explosion was likely the result of a mysterious object left by Israeli forces, although no shrapnel of the object were found in the area. Two sheep were also killed by the explosion.

On 02 February 2011, Israeli warplanes bombarded a tunnel on the Egyptian border, south of Rafah.

Israeli forces conducted 31 incursions into Palestinian communities in the West Bank, during which they abducted 23 Palestinian civilians, including a member of the Palestinian Legislative Council and 7 children.

Israeli forces have established checkpoints in and around Jerusalem, severely restricting Palestinian access to the city. Civilians are frequently prevented from praying at al-Aqsa Mosque in Jerusalem.

There are approximately 585 permanent roadblocks, and manned and unmanned checkpoints across the West Bank.

During the reporting period, Israeli forces used excessive force to disperse peaceful demonstrations organized in protest to Israeli settlement activities and the construction of the annexation wall. As a result, a Palestinian child was wounded, and dozens of Palestinian civilians and international human rights defenders suffered from tear gas inhalation or sustained bruises.

Following the Friday Prayer on 28 January 2011, dozens of Palestinian civilians and international and Israeli human rights defenders organized a peaceful demonstration in Bil’ein village, west of Ramallah, in protest to the construction of the annexation wall. The demonstrators included also Dr. Mai al-Kaila, Palestinian Ambassador to Chile, and a Chilean Parliamentary delegation. Israeli soldiers stationed in the area fired rubber-coated metal bullets, sound bombs and tear gas canisters at the demonstrators. As a result, Mohammed Nabeel Abu Rahma, 17, was hit by a tear gas canister to the right hand, and a number of demonstrators suffered from tear gas inhalation.

Also following the Friday Prayer on 28 January 2011, dozens of Palestinian civilians and international and human rights defenders organized a peaceful demonstration in Ne’lin village, west of Ramallah, in protest against the construction of the annexation wall. They clashed with Israeli troops positioned near the Wall. Israeli troops fired rubber-coated metal bullets, sound bombs and tear gas canisters at demonstrators. As a result, a Palestinian civilian, who has not been identified, was hit by a tear gas canister to the right foot. Additionally, a number of demonstrators suffered from tear gas inhalation.

Due to the number and severity of Israeli human rights violations this week, the PCHR made a number of recommendations to the international community. Among these were a recommendation that the European Union activate Article 2 of the Euro-Israel Association Agreement, which provides that Israel must respect human rights as a precondition for economic cooperation between the EU states and Israel. The PCHR further calls upon the EU states to prohibit import of goods produced in illegal Israeli settlements in the Occupied Palestinian Territories.

The PCHR calls on the international community to recognize the Gaza disengagement plan, which was implemented in September 2005, for what it is – not an end to occupation but a compounding of the occupation and the humanitarian crisis in the Gaza Strip.