Critical Connections: Egypt, The Us, And Israel 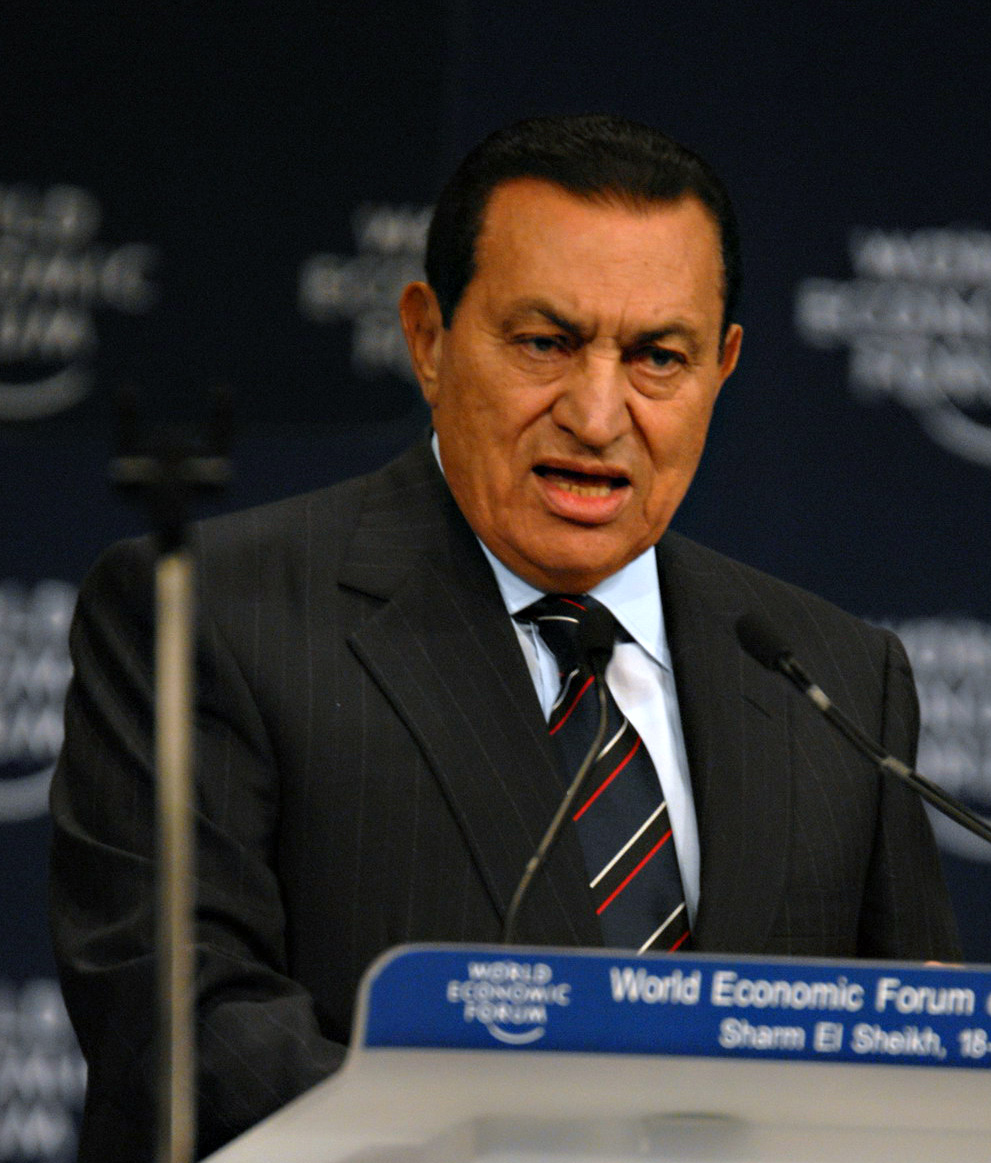 Minimally explored in all the coverage of the momentous Egyptian uprising taking place over the last 10 days are the Israeli connections. A central and critical reality is that it is US tax money that has propped up Hosni Mubarak’s despotic regime over the past 30 years, and that this money has flowed, from the beginning, largely on behalf of Israel.

Israel is generally a significant factor in events in the Middle East, and to understand ongoing happenings it is important to understand the historic and current Israeli connections.

The violent creation, perpetuation, and expansion of a state based on ethnic expulsion of the majority inhabitants has been central to Middle East dynamics ever since Israel was created by European and American Zionists in 1948 as a self-identified ‘Jewish State.’

Israeli leaders and outside observers realized from the very beginning that the only way to maintain such a violently imposed, ethnically based nation-state was through military dominance of the region. For Israel to achieve this military dominance required two things:

(1) The creation of a military more powerful than all the others in the region combined. Israel has achieved this through a uniquely massive influx of US tax dollars and technology, occasionally purloined but largely procured through the machinations of its lobby. (Among other things, Israel has several hundred nuclear weapons, a fact almost never mentioned by American media or the American government.)

(2) The prevention of any other nation in the region from becoming a threat. Israel has attained this goal through several strategies: divide and conquer techniques, direct invasions and attacks (or pushing the U.S. to carry out attacks), and the propping up of despots who would openly or tacitly agree (sometimes in return for similarly large influxes of American tax money) not to support the rights of those oppressed and ethnically cleansed by Israel.

For the past 30-plus years, Egypt has been among those despotic regimes supported by the U.S. and Israel in return for turning its back on Palestinians.

The Egypt-Israeli peace treaty of 1979 has occasionally been mentioned in news reports on the current uprising. That treaty was an arrangement in which the Egyptian leader of the time, Anwar Sadat, stopped opposing Israel’s previous ethnic cleansing of close to a million indigenous Palestinian Muslims and Christians (at least 750,000 in 1947-49 and an additional 200,000 in 1967). This removed the most populous and politically significant country from the Arab front opposing Israel’s illegal actions and led the way for other nations to ‘normalize’ relations with the abnormal situation in Palestine.

In return, Israel gave back to Egypt the Sinai, Egyptian land it had illegally annexed in its 1967 war of aggression. (Egypt had almost managed to re-conquer this land and more in 1973, but the most massive airlift in American history, engineered by Henry Kissinger under pressure from the Israeli lobby, was sent to Israel, preventing this outcome.)

Also in return, the United States agreed to give Egypt more US tax money than any other nation, with the exception of Israel. Since 1979, Egypt has received an annual average of close to $2 billion in economic and political aid from American taxpayers (most of whom have known nothing about this use of our money). The arrangement has allowed Mubarak to stay in power for decades despite periodic attempts by Egyptians to free themselves from his ruthless rule.

At the same time, it’s important to note that the U.S., as broker of the peace treaty, gave Israel even greater rewards: guaranteeing Israel’s oil supplies for the next fifteen years; assuring Israel of American support in the event of violations; committing to be ‘responsive’ to Israel’s military and economic requirements; and promising a variety of major transfers of technology and aid, including $3 billion to relocate two Israeli air bases out of the Sinai, where, as journalist Donald Neff noted, they had no right to be in the first place.

In fact, the American financial arrangement with Israel, which had begun years before Egypt’s, has been far cozier than Egypt’s: Israel gets considerably more money from the US, even though its population is one-tenth of Egypt’s; there is little U.S. oversight of how it uses that money; and, unlike Egypt, which receives its allotment monthly, Israel receives its handout in a lump sum at the very beginning of the fiscal year (which means that Americans then pay interest for the rest of the year on money that the government has already given away, while Israel makes interest on it).

In the cases of both Israel and Egypt, the Israel lobby’s role in procuring this U.S. tax money has been central. While this fact is largely missing from US media reports and many liberal/left analyses, it is frequently referred to in Israeli and Jewish media. For example, a current Jewish Telegraphic Agency (JTA) report states: ‘The question of whether to stake a claim in the protests against 30 years of President Hosni Mubarak’s autocracy is a key one for the pro-Israel lobby and pro-Israel lawmakers because of the role they have played in making Egypt one of the greatest beneficiaries of U.S. aid.’

As conditions change in Egypt, U.S. lawmakers known for their allegiance to Israel are evaluating what to do about U.S aid. Many such Israel partisans have particularly powerful and relevant positions, such as Rep. Nita Lowey (D-N.Y.), the ranking Democrat on the foreign operations subcommittee of the U.S. House of Representatives Appropriations Committee; Rep. Ileana Ros-Lehtinen (R-Fla.), the chairwoman of the House Foreign Affairs Committee; Rep. Gary Ackerman (D-N.Y.), the ranking Democrat on the House Middle East subcommittee; Rep. Howard Berman (D-Calif.), ranking member on the Foreign Affairs committee and the author of last year’s sweeping Iran sanctions law; and Rep. Shelley Berkley (D-Nev), member of the subcommittee on the Middle East of the Committee on Foreign Affairs. A person close to the Israel lobby notes: ‘No matter what happens, clearly one of the top criteria Congress is likely to use is Egypt’s approach to its peace treaty obligations with Israel.’

Through the years a variety of Egyptian groups have opposed the Egyptian regime, some using violence (while the regime has used greater violence against them). This is virtually always reported without context and in extremely negative terms, without noting that it is routine for resistance movements to use violence; the American Revolutionary War was not known for its nonviolence. Yet, Israeli-centric U.S. media rarely discuss this.

In recent years, Mubarak has collaborated with Israel in closing off the Gaza Strip, largely imprisoning 1.5 million men, women, and children, resulting in a humanitarian disaster in which children suffer malnutrition, stunting, and trauma, and 300 Gazan patients have died through lack of essential medical supplies or being denied exit passes for medical care. Egyptian citizens, furious at their nation’s complicity in this cruelty, have been powerless to stop it.

Israel has long worked to create enmity between Egypt and the U.S. In the early 1950s the Israeli secret service, the Mossad, hatched a plan to firebomb areas in Egypt where Americans gathered — and to make these attacks appear to be the work of Muslim extremists. The plot was discovered and caused a scandal in Israel known as the ‘Lavon Affair,’ but few Americans have ever heard of it. Some analysts suspect that other such plots succeeded and that the little-known Israeli attack on the U.S. Navy ship USS Liberty may have been a similar false-flag operation. (Certainly, there is little doubt that the U.S. would have attacked Egypt if Liberty crewmembers had not succeeded, against all odds, in getting a distress signal out before Israel succeeded in sinking the ship with all men aboard.)

Another little-discussed result of the 1979 Egypt-Israel peace treaty was the creation of an international peacekeeping force in the Sinai, known as the Multinational Force and Observers (MFO), charged with mediating between Egypt and Israel. It is telling that this force was not placed on Israeli land but instead occupies Egyptian territory.

Its current head is Ambassador David M. Satterfield, an American diplomat who served extensively in the Middle East, was Senior Advisor on Iraq for former Secretary of State Condoleezza Rice, and held a number of other high positions in the state department, including Deputy Assistant Secretary of State.

In 2005 Satterfield was named as having provided classified information to an official of the powerful pro-Israel lobbying group, AIPAC. According to documents, Satterfield had discussed secret national security matters in at least two meetings with AIPAC official Steven J. Rosen, who was subsequently indicted by the U.S. Justice Department (later quashed over the objections of the FBI.)

In 2004 Satterfield presided at a State Department conference on the 1967 war. A Washington Report on Middle East Affairs report on this conference stated that Satterfield repeatedly referred to Palestinian terrorism while failing to mention Israel’s brutal attacks on Palestinian civilians. The article reports ‘Satterfield’s remarks dampened audience expectations for an even-handed U.S. approach to peacemaking.’

Among those in the audience at the conference’s panel on the USS Liberty, though not on the panel itself were USS Liberty survivors, trying to tell their story. State Department moderator Marc Susser quickly cut them off, and his treatment of the survivors reportedly ‘bordered on abusive.’

Now, David Satterfield is heading up international forces occupying Egyptian land charged with being a ‘neutral’ mediator between Egypt and Israel.

It is unknown whether his conversations with AIPAC continue.