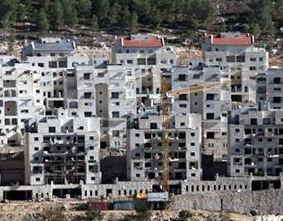 Arieh King, founder and director of the Israel Land Fund, stated that within five to ten years 200 units for Jewish settlers will be built in the Palestinian neighborhood in Sheikh Jarrah, in occupied East Jerusalem.King told the Israeli Yedioth Aharonoth that “there is a plan to retrieve the land that was owned by Jews before Israel was established”.

He also claimed that the Palestinians live have been “illegally” living in Jerusalem for many years and that they [the Palestinians] “should thank the Jews “for allowing them to stay, but now the time has come for the Jews to reclaim their lands”, according to King.

Ahmad Son-Laban, a researcher specialized in settlement affairs at the Ir Amim Israeli Human Rights Group, stated that Sheikh Jarrah is facing nearly eight settlement plans that aim at increasing the number of settlers the neighborhood in order to create a Jewish majority.

He added that the local and regional construction committees at the Jerusalem municipality are planning to authorize plans for the construction of 326 new units in a number of areas in occupied East Jerusalem.

He added that Israel is also planning to construct nearly 350 units north of Sheikh Jarrah in addition to a religious school, a synagogue and a mall in the area.