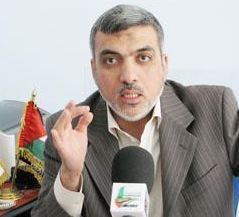 Member of the Hamas political bureau, Izzat al-Rishiq, stated that the decision of the government of Dr. Salaam Fayyad to hold local councils elections in the West Bank before unity is achieved, is an attempt to delude the public opinion and shift their interest away from the latest leaked cables regarding major concessions made by Palestinian negotiators during peace talks with Israel. Al-Rishiq told the Quds Press that Hamas will not accept any elections without a national consensus on the issue and unity.

“The Ramallah-led government is trying to cover up for the leaked cables that exposed the role of certain figures in providing dangerous concessions to Israel, including voiding the Right of Return of the Palestinian refugees and East Jerusalem”, al-Rishiq said. “The P.A. in the West Bank is conducting a dangerous security coordination with the Israeli army, and is even conspiring against Fatah fighters and members”.

He also stated that Hamas, the rival of Fatah movement headed by President Mahmoud Abbas, will never agree to holding any elections without unity, and added that such elections will only lead to more divisions and internal rifts.

Al-Rishiq further stated that neither Mahmoud Abbas, nor his Prime Minister, Dr. Salaam Fayyad, have the right to call for elections as their terms in office have expired.

The Ministry of Justice in Gaza, running under the dissolved Hamas led government, stated that the calls for municipal elections are illegal as such calls were made by an “illegitimate government” and added that such calls will only lead to further internal divisions.