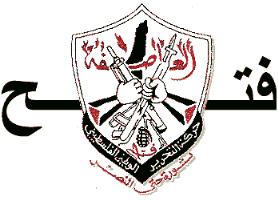 Israeli soldiers and policemen, on Friday at dawn, broke into homes of three Fateh leaders in occupied East Jerusalem and kidnapped them before moving them to al-Maskobiyya interrogation facility in the city. Local sources reported that soldiers kidnapped secretary-general of Fatah in Sheikh Jarrah, al-Suwwana and Wadi al-Joz, Nidal Abu Gharbiyya, Fatah secretary in Beit Hanina, Shufat and al-Isawiyya, Khalid al-Gharably, and Fatah secretary in at-Tour area Abdul-Salam al-Hidra.

The three are currently under interrogation in al-Maskobiyya while Israel did not issue any statement with regards to their detention.

Member of the Revolutionary Council of Fateh movement in Jerusalem, Dmitri Diliani, stated that the Israeli army and police are stepping up their attacks against Fatah leaders and other political leaders in the West Bank, especially in occupied East Jerusalem, amidst ongoing clashes between local residents and armed Jewish settlers, who are regularly attacking Palestinian homes and property in the city.

Diliani said that Israel is trying to intimidate political leaders in Jerusalem, and is ongoing with its attacks against the Palestinian residents and their homes.

Diliani further stated that the ongoing Israeli attacks and violations against the residents and political leader in Jerusalem, and in the rest of the occupied territories, will not defer the Palestinians from perusing their legitimate rights of liberation and independence.