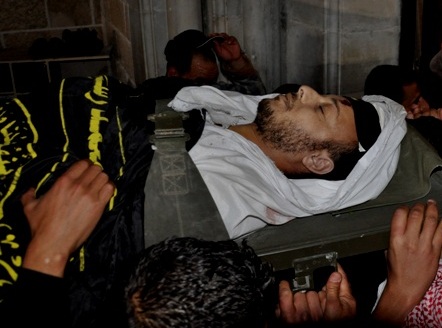 Palestinian medical sources in the Gaza Strip reported, on Sunday evening, that one resident was killed and several were injured in a number of Israeli military attacks targeting the Gaza Strip.The sources stated that an Israeli drone fired at least one missile at a number of Palestinians in Gaza killing one and wounding several others.

The slain resident was moved to al-Shifa Hospital in Gaza City.

The al-Quds Brigades, the armed of the Islamic Jihad, stated that the slain resident is one of its members, and added that two fighters were moderately wounded in the attack.

The deceased was identified as Abdul-Majid Shaheen, 22 years old, from Dir al-Balah.

The Brigades vowed retaliation to the assassination and stated that its response will be determined “in the right time and place”.

The Israeli Army stated that the strikes came in retaliation to a number of homemade shells fired from Gaza into adjacent Israeli areas.