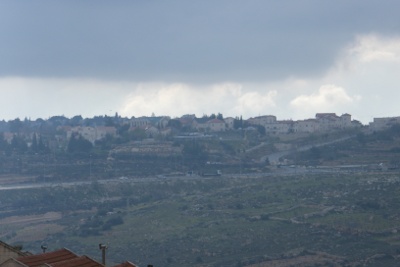 A Palestinian-Israeli bus driver, who holds Israeli citizenship, has been threatened with firing after he was assigned to a route that serves the Israeli colonial settlement of Elazar. Jewish Israeli residents of the settlement have launched a campaign to have the bus driver fired, submitting a letter to the regional council to that effect.Although the settlers said that they were not motivated by racism, they had to consider the safety of their children, and could not accept the possibility of an Arab bus driver driving their children. At the same time, one of the letters calling for the firing of the driver was submitted by the right-wing organization Komemiyut, which said that “the enemy” should be deprived of their sources of livelihood.

One of the board members of Komemiyut, Rabbi Dov Lior, recently published a book justifying the killing of non-Jews, which led the Israeli government to issue a warrant for his arrest. Moshe Cohen, the current head of Komemiyut, wrote in the letter to the regional council that if Arabs are allowed to have jobs and sources of livelihood, “we will meet a fate similar to the fate of the Jews of Gaza, who were ultimately expelled from their land because they were left very few in number in the heart of a massive number of Arabs”.

Another letter to the regional council, from the residents of the Elazar settlement, made the claim that the regional council, by refusing to fire the Arab bus driver, “apparently wants to save a few pennies at the expense of the safety of our children, or perhaps for another reason, regional peace, eating baklava in Hebron, hummus in Bethlehem or a real vision of the end of days.”

Israeli settlers in Elazar are known for their extreme right religious and political views, and many residents of the settlement claim membership in right-wing organizations like Komemiyut.

The settlement of Elazar, like all Israeli settlements, is constructed on Palestinian land occupied by the Israeli military following 1967, and is constructed in violation of the Fourth Geneva Convention which prohibits the transfer of civilian population of an occupying power onto land seized by military force.