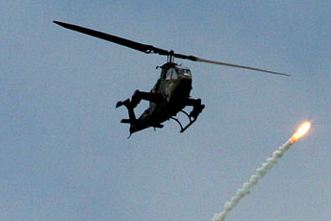 Israeli war-jets bombarded, on Monday night after midnight, an empty area close to the Electricity Company, west of the Al Nusseirat refugee camp in central Gaza.The bombardment led to several fires in the area but no injuries; rescue teams rushed to the scene while firefighters contained the resulting fires.

On Monday at night, the Israeli Air Fires fired flares over a nearby residential area leading to panic among the residents who feared that the army is preparing to fire missiles into their neighborhoods.

The radio quoted an Israeli military spokesperson stating that the bombing came in retaliation to a shell fired, on Monday evening, from Gaza into the Shear Hanegev Regional council, in the Negev, The shell led to no damages or injuries, the spokesperson added.