U.S Envoys In Israel To Discuss “The Day After UN Vote” 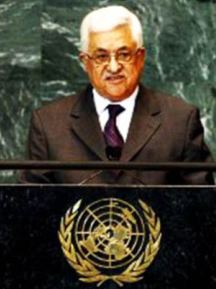 Israeli paper, Haaretz, reported on Monday evening that a number of senior American officials, headed by Dennis Ross, advisor to President Barack Obama, will be arriving in Israel Tuesday to meet with Israeli Prime Minister, Benjamin Netanyahu, for talks regarding the Palestinian UN move.The Palestinian Authority is heading to the United Nations by the end of this month to demand international recognition of statehood. The U.S is opposing the move and is threatening to use its Veto power to topple it.

The talks will focus on the attempts to resume the stalled peace talks and “the day after the vote”, in addition to the attempts to avoid security deterioration in the West Bank.

Among other US officials, David Hale and Jonathan Schwartz will be accompanying Ross, and will be holding a meeting on Tuesday with Netanyahu, Defense Minister, Ehud Barak, and Israeli Army Chief of Staff, Benny Gantz.

It is worth mentioning that Quartet envoy, Tony Blair, arrived in Tel Aviv on Sunday, and will be holding separate talks with Netanyahu and Palestinian President, Mahmoud Abbas.

Haaretz stated that Blair and the American envoys are coordinating their moves despite the fact that the meetings will be held separately, and that Blair and Ross aim at formulating a statement for the Quartet calling regarding the resumption of the stalled Palestinian-Israeli peace talks. The statement will be formulated after a green light from Israel and the Palestinian Authority.

More than a month ago, the United States issued a statement calling for the resumption of peace talks. The statement was not coordinated with the Palestinian Authority, Israel or the Quartet; Israel rejected it.

The US Administration and Blair are trying to come up with statement that would be acceptable to the P.A, but Tel Aviv insists that this statement must affirm that the Palestinians are to recognize Israel as a “Jewish state”, and that the future Palestinian State will not be formed in all of the Palestinian territories occupied by Israel in 1967.

Israel is also rejecting any withdrawal from occupied East Jerusalem.
Tel Aviv and Washington do not believe that the chances of issuing a statement that would be acceptable by Israel and the Palestinians are high, and that even if such a statement is released, the P.A will still head to the U.N.

Israeli officials are claiming that Israel would accept the stances of the international community as long as a full withdrawal from the Palestinian territories, occupied by Israel in 1967 including East Jerusalem, is not required.

Israel is also refusing to halt its settlement construction and expansion in occupied East Jerusalem and the rest of the occupied territories.

Abbas also stated that he will continue to seek unity among all Palestinian factions, including the Hamas movement.

The Jerusalem Post reported that a group of Israelis, including writer Sefi Rachlevsky, met the Palestinian President and his aides in Ramallah, and expressed their support to the Palestinian plan to seek international recognition of statehood this month.

Rachlevsky stated that the “Zionist dream would come true when a people declare their independence”, the Jerusalem Post reported.

He added that the group, including former Labor Member of Knesset, Yael Dan, Holocaust historian, Yehuda Bauer, was impressed by the moderate views of the Palestinian President.

The Palestinian UN bid is coherent with all Security Council and United Nations resolutions that call for a full Israeli withdrawal from the territories it occupied in 1967, including East Jerusalem.

Israel wants to maintain control on all borders, rejects the internationally guaranteed Right of Return of the Palestinian refugees, and considers all of Jerusalem as its eternal and united capital.

On July 30, 1980, the Israeli Knesset passed the so-called “Jerusalem Law” considering Jerusalem, complete and united, as the capital of Israel.

On August 20, 1980, the United Nations Security Council passed resolution 478 declaring the “Jerusalem Law” as “null and void”, and stating that this law violates the International Law. The resolution was passed with 14 votes with no votes against it; the United States abstained.