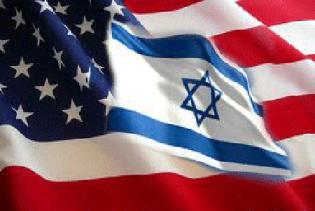 U.S. Department of State spokesperson, Victoria Noland, stated Tuesday that Washington is deeply concerned regarding the deteriorating relations between Israel and Turkey, the Arabs48 news website reported.In a press release, Noland stated that Washington has been actively involved in efforts to boost its ties with its allies, and to ensure its allies have strong ties between them.

“We are still acting on the issue” Noland said, “the United States wants these ties to be as strong as they were before the crises between the two countries”.

Last week, U.S. Secretary of State, Hilary Clinton, met in Paris with her Turkish counterpart, Ahmet Davutoglu, and discussed the issue with him.

The U.S. ambassador in Ankara also held talks with Turkish officials trying to reduce the gap in the Israeli-Turkish relations.

Washington also welcomed the Palmer report on the Israeli attack on the Turkish ship that was heading to Gaza last year, part of the Freedom Flotilla that attempted to deliver urgently needed medical and humanitarian supplies to the besieged coastal region. The attack led to the death of nine Turkish activists, including one activist who was also an American citizen.

The Palmer report considered the Israeli siege on Gaza as “legal” but also slammed the Israeli army for using excessive force in attacking the Turkish ship in May last year.

Noland said that the United States is convinced that heading to the UN “will only complicate the situation, and will not lead to peace”.

She added that peace, and the two-state solution, can only be achieved through negotiations, and stated that the Washington will act on preventing the UN vote on the issue, hoping that Israel and the Palestinian Authority will return to negotiations.

Israel also refuses to recognize the internationally guaranteed Right of Return of the Palestinian refugees, and refuses to hold talks on other main issues such as borders, natural resources and the future of occupied Jerusalem.