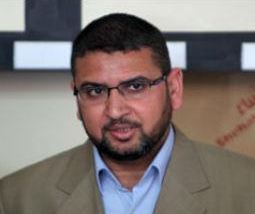 Dr. Sami Abu Zuhri, spokesperson of the Hamas movement, called on the Palestinian Security Forces of the Palestinian Authority in the West Bank, to stop the arrests against resistance members, so that they can counter the escalation carried out by Israeli soldiers and settlers.Abu Zuhri was also referring to the latest attack carried out by extremist Israeli settlers who broke into and desecrated a local mosque, near Nablus, before setting it ablaze.

“We at the Hamas movement are deeply concerned as extremist settlers and soldiers are escalating their serious violations and attacks”, Abu Zuhri said, “They, once again, torched a mosque, uprooted hundreds of trees in the Bethlehem district, and are vowing further escalation against the residents and their lands”.

The Hamas spokesperson further stated that the movement considers any negotiations between Israel and the Palestinian Authority as an irresponsible act that provides Israel with more amnesty for its crimes.

He also called on the P.A to stop its security coordination with the Israeli army, and to stop the arrests that target members of the resistance in the West bank.

Abu Zuhri added that the resistance members in the West Bank must be allowed “to perform their duties, and protect their people, lands and their holy sites”.