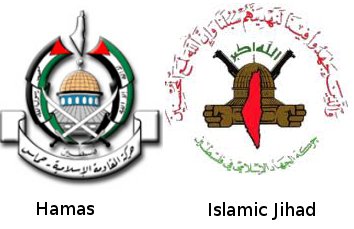 Islamic Resistance Movement, Hamas, and the Islamic Jihad, denounced the speech of Palestinian President, Mahmoud Abbas, regarding the UN membership bid, in which he also stated that the hopes Israeli-Palestinian peace talk will be restarted soon.In an interview with the Maan News Agency, Hamas spokesperson in the West Bank, Fawzi Barhoum, stated that Abbas is trying to ensure the resumption of peace talks with Israel, and that his UN initiative is also serving the same aim.

Barhoum also claimed that Abbas is conducting what he called “unilateral moves” without consulting other factions.

He said that the Hamas movement is not involved in the UN-bid as it leads to recognizing Israel and abandoning the legitimate Palestinian Right of Return and self-determination, according to Barhoum.

The Hamas spokesperson added that Abbas is acting without consulting the Palestinian people and their political factions.

Furthermore, Islamic Jihad Movement also slammed the speech on Abbas and said that his main goal is to ensure the resumption of peace talks with Israel.

Islamic Jihad Spokesperson, Daoud Shihab, said that heading to the Security Council would not be helpful to the Palestinians, and would achieve next to nothing to their cause.

Shihab added that Abbas should instead focus his efforts on the full implementation of the Palestinian Unity Agreement signed in May this year, in order to ensure the formation of a unity government in Gaza and the West Bank.

During his Friday evening speech, President Mahmoud Abbas emphasized that the Palestinian leadership is going to the United Nations Security Council to demand full membership in the UN.

Abbas added that the Palestinian leadership has tried for decades to negotiate a solution with Israel, however, the negotiations failed due to Israel’s policies that ignore all signed agreements, and the ongoing construction and expansion of settlements that aim at changing the facts on the ground to make the establishment of a contiguous and independent state an impossible task.