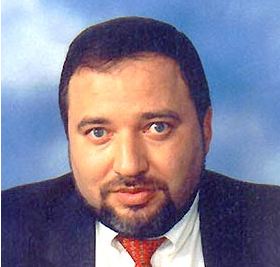 Israeli Foreign Minister, Avigdor Lieberman, welcomed the statements of U.S. President, Barack Obama, in front of the General Assembly in New York, and described them as “encouraging”.Lieberman, who is currently in New York, said that “there are no shortcuts to peace”, and that “Peace can only be achieved through peace talks”, yet, he stated that Israel “has the right to build and expand its settlements“ in the occupied territories.

In his speech, Obama did not mention the border of 1967 as the base of peace talks between Israel and the Palestinians, but only said that the conflict can only be resolved through talks, and not through international bodies.

Lieberman called on the Palestinians to return to peace talks, while insisting that Israel will not halt its settlement activities.

As a member of Knesset, Lieberman always considered the Arabs and the Palestinians as a ‘demographic and strategic threats to Israel’, and called for their expulsion to Arab countries.

In 2006, Israel created portfolio and ministry of Strategic Affairs for Lieberman and his party to join the coalition government of former Prime Minister Ehud Olmert. Lieberman left the government on 18 January 2008, and the ministry was dismantled three months afterwards.

The Ministry was reinstated in March 2009, to be headed by Likud Member of Knesset, Israel’s former Chief of Staff, current Vice Prime Minister, Moshe Ya’alon.

Meanwhile, head of the opposition in Israel, Tzipi Livni of the Kadima party, stated that “Obama set the foundations of the conflict in a balanced way”, especially when he said that peace can be achieved through peace talks and not through decisions made by the UN.

The Palestinians had to quit peace talks with Israel due to its ongoing invasions and violations, and due to its policies of the construction and expansion of Jewish-only settlements in Palestine.

Years of peace talks with Israel led to massive construction and expansion of settlements on Palestinian lands, while Israel continues to insist that it will not accept the Right of Return of the Palestinian refugees and all related international resolutions.