Ashton: Seeking To Make Progress Over Borders And Security Within 3 Months 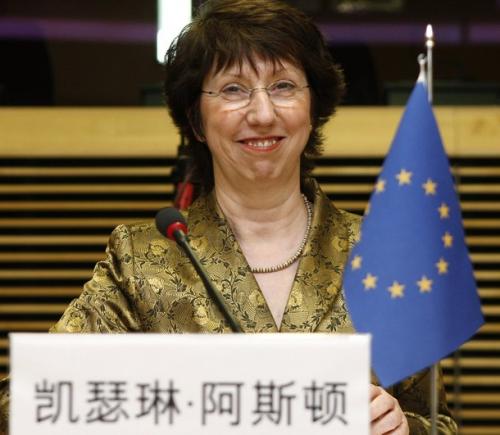 The European Security & Foreign Policy Chief, Catherine Ashton, said that the EU is intending to make progress regarding “borders & security” issue within upcoming three months, the Maan News Agency reported earlier Sunday. “There’ve been a lot of work done last few weeks and months in an attempt to find a way to revive the stalled Palestinian-Israeli peace talks,” she confirmed.

“Based on the vision of the EU and the effort I’ve done personally, we believe that negotiations is the only way that we would be able to end this struggle and move to the peace and security stage for the people of Palestine and the people of Israel alike,” said Ashton in a statement contributed by the European Commission in Cairo on Saturday after the quartet of the Middle East meeting in New York, confirming that “The EU is determined to continuing this goal accomplished.”

“Anyone listens to the speeches of the Palestinian President, Mahmoud Abbas, the Israeli Prime Minister, Benjamin Netanyahu, at the UN General Assembly will understand the importance of those two issues.”

“The EU believes that it is very important that progress to be achieved and to be implemented on the ground within 6 months,” she pointed out, adding that “We are following the comprehensive approach as soon as possible in order to complete negotiations within a time table of 12 months.”

Ashton further praised all who worked hard to make this work paying off, she stressed that the key goal is to help parties concerned to reach an agreement for peace and security which both peoples deserve.