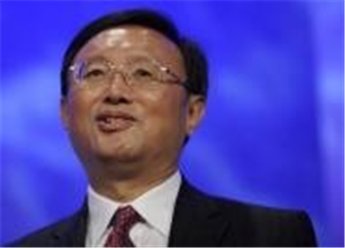 Chinese minister of Foreign Affairs, Yang Jaiche, declared Monday that China support the Palestinian-UN bid for statehood, the Palestine Information & News Agency (WAFA) reported late Monday.“China always supports the Palestinian just cause, and it supports them to obtain full membership at the UN and implementing the two-state solution through political negotiations and establishing an independent and sovereign Palestinian state” the Chinese minister said during his speech to the UN General Assembly.

“Palestinian independence should be based on 1967 borders with East of Jerusalem as its capital,” he added.

On Friday, the Palestinian President, Mahmoud Abbas, handed over his application to the UN chief Ban Ki-Moon regardless the pressure of the US and some EU members imposed on Abbas, in which the US waved its threats of using the veto against the Palestinian bid in order to void establishing an dependent Palestinian state and a full membership at the international body, claiming that the only way to achieve peace is through the direct peace talks between the Palestinians and Israelis.