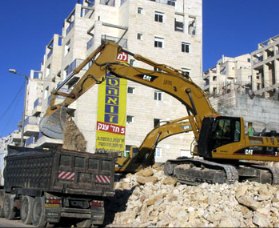 United Nations Envoy, Robert Serry, stated that with its new decision to build 1100 new settlement units in occupied East Jerusalem, Israel sends a wrong signal amidst the international efforts to ensure the resumption of the stalled peace talks.Serry said that he is concerned regarding the Israeli approval of the new units, and that this decision ignores the Friday call of the Quartet for both sides to refrain from conducting any provocative acts.

The UN official also stated that “settlement activities contradict with the Road Map Peace Plan, the International Law, and undermine the efforts that aim at resuming peace talks and reaching a two-state solution to the conflict.

The United States slammed the new decision but also claimed that Israel is showing “flexibility” in responding to the Quartet’s initiative for the resumption of peace talks.