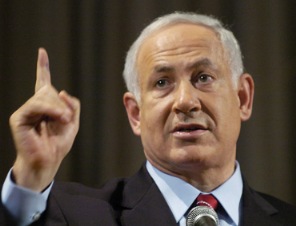 Israeli sources reported that Prime Minister, Benjamin Netanyahu, along with eight senior members of his cabinet decided on Tuesday at night to support an initiative presented by the Quartet regarding the resumption of peace talks between Israel and the Palestinians.Israeli daily, Haaretz, reported that the plan was presented by EU Foreign Policy Chief, Catherine Ashton, at the UN headquarters on Friday calling on Israel and the Palestinians to resume direct peace talks within a month, while proposals for talks on borders and security would be presented within three months.

The plan also states that a final peace agreement between Israel and the Palestinians would be reached by the end of 2012.

The Quartet Committee is composed of the United States, the European Union, the United Nations and Russia.

But, Haaretz quoted Israeli officials claiming that Palestinian President, Mahmoud Abbas, would rather see his statehood bid go through instead of renewing peace talks with Tel Aviv.

The Israeli decision to accept the Quartet proposal comes despite the fact that Tel Aviv decided On Monday to approve a plan for the construction of 1100 new units for Jewish settlers in the Gilo illegal settlement, south of occupied East Jerusalem.

The United States condemned the Israeli plan dubbing it as counterproductive to all efforts to resume the stalled peace talks.

Despite the condemnation and expressing disappointment over the decision, U.S State Department Spokeswoman, Victoria Noland, claimed that Israel “showed flexibility at least when it comes to responding to the Quartet’s call for resuming talks”, Haaretz said.

The Palestinian Authority in the occupied West Bank slammed the Israeli decision and considered it as another proof that Israel is not interested in peace.