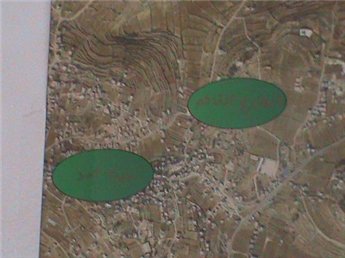 Israeli military bulldozers are expected to start construction work to build a by-pass road in the southern part of the West Bank, Palestinian media sources reported on Thursday.The Israeli military informed on Wednesday the local council of Beit Ummar, north of Hebron, of their plans to build the by-pass road that will go through some of the town’s land.

According to the spokesman of the popular committee against the wall and settlements, Mohammad Awad, the Israeli government will confiscate 200 acres of land for the sake of the planned road.

The road which is going to expand an existing one will be 8 kilo meters (5 miles) long and 160 meters (525 feet) wide starting from the entrance of Etzion settlement, passing by Al-Arroub refugee camp, and the village of Beit U’mmar and ending in the village of al-Nabi Yonis.

Awad said, the military is planning to start building the road in less than one week, which does not give the residents a chance to object and appeal to the courts to stop the land confiscation.

The popular committee called the residents to nonviolently resist the Israeli plans which will affect the lives of dozens of Palestinian families who will loose their land, which is their main source of income.