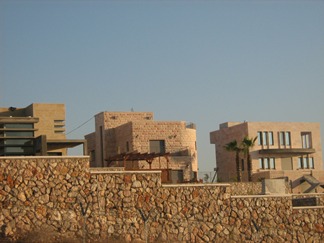 Israeli Prime Minister, Benjamin Netanyahu, rejected international and Arab condemnation of a newly announced Israeli plan to build 1100 new homes in the Gilo illegal settlement, in occupied East Jerusalem. Netanyahu’s spokesperson, Mark Regev, said that “Gilo is not a settlement, but a neighborhood in the heart of Jerusalem”, Israeli Ynet News reported.

Netanyahu rejected all western and Arab condemnation of the new plan, and claimed that this plan would not lead to complicating the efforts meant to ensure the resumption of the stalled peace talks.

Netanyahu said that the approval of the new construction on Tuesday was only an initial planning decision.

On his part, Regev also claimed that Gilo is part of Jerusalem, and that the settlement was never on the negotiations agenda in the past 18 years of talks with the Palestinians, adding that the new plan “does not contradict, in any way, Israel’s desire for a two-state solution”.

The United States, the European Union and several Arab countries denounced the plan and said that it would only complicate the situation and the efforts to resume the stalled peace talks.

Blair added that the decision comes while the Quartet is working hard to ensure the resumption of peace talks.

“Our stance was always clear, we always rejected settlement activities and any activities that contradict what was stated in the Road Map Peace Plan”, Blair added, “The Quartet issued a statement calling on all parties to refrain from any provocative acts, and today I reiterate the same call”.

Cairo also slammed the new plan and stated that this move proves that Israel is choosing to continue its provocative acts, and is ongoing with its illegitimate constructions that violate the International Law.

Chief Palestinian Negotiator, Dr. Saeb Erekat, stated that the new Israeli decision is a clear Israeli “NO” to all peace efforts, and the most recent Quartet statement urging Israel and the Palestinians to resume peace talks.

Israeli settlement construction and expansion were among the main issues that pushed the Palestinians to quit direct talks with Israel. Other Israeli violations that contributed to the decision are the ongoing Israeli invasions, and the takeover and demolition of Palestinian homes in occupied East Jerusalem.