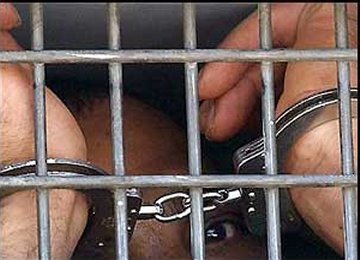 Palestinian Minister of Detainees and Ex-detainees Affairs, Issa Qaraqe’, stated Friday that around Twenty-five Palestinian detainees in solitary confinement at the Nafha. Ramon, Al Ramla and Asqalan Israeli detention facilities declared an open-ended hunger strike.Qaraqe’ said in his statement that twenty five sick detainees in Al Ramla Israeli detention center decided to strike three days a week in solidarity with the other detainees who have started their hunger the strike since September 17th in protest to the escalating humiliation and violations carried out by the Israeli government and the Israeli Prison Administration.

He added that the extremist Israeli Foreign Minister, Avigdor Lieberman, instructed the Israeli Prison Administration to increase the sanctions against the detainees in order to force them to break their strike and abandon their demands.

Qaraqe’ also stated that the heads of Israeli detention facilities had an argument with some government agencies as they had to cancel their vacations due to the new measures in all prisons and detention centers, in order to force the detainees to break their strike.

During a meeting with the administration of the Ramon facility, the detainees presented nine demands, including ending all forms of collective punishment, solitary confinement, financial penalties, the shackling feet and hands during lawyers and family visits, and access to healthcare and education.