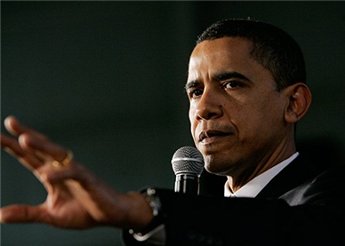 The US Congress decided to freeze 200 USD million of the USAID which are annually transferred to the Palestinian Authority in the West Bank and the Gaza Strip, the British newspaper, “The Independent” reported earlier on Saturday. The US President, Barack Obama, had no discussion regarding imposing sanctions on the Palestinians by the USAID, but the Israeli lobby made this step although some Israeli and American officials rejected the step, expressing fears of the Palestinian reaction, the paper wrote.

The US spends some 600 USD million annually for the healthcare, education, security services including 50 USD million as a support to the PA government budget.

The paper criticized the Congress decision, claiming that it would affect both the Palestinians and Israelis “the US threats of using veto against the Palestinian application is not acceptable, and the Congress’ resolution is embarrassing as well,” added the paper.

The US former President, Bell Clinton, warned the congress to make such a move, stating that the body (congress), as every single body knows, is the closest US parliament body in favor of Israel, adding that it should not make such moves to improve that to the whole world, the paper quoted Clinton as saying.

Recently, the US Administration warned the Palestinian from going to the United Nations to request for a full membership at the International body, claiming that the only way to achieve peace and a two-state solution is through re-starting direct peace talks with Israel.

On Sep 23rd, Palestinian President, Mahmoud Abbas, submitted the Palestinian-UN membership bid to the UN Secretary-General, Ban Ki-Moon, before delivering a speech to the UN General Assembly members later on that day.

On the other hand, Israeli Prime Minister, Benjamin Netanyahu, delivered a speech the UN General Assembly right after Abbas’ speech on Sep 23rd, saying that Israel extends hand in peace to the Palestinians, but Palestinians rejected it.

Abbas is still confirming that no negotiations until Israel total freeze settlement activities and its violations against Palestinians alongside full withdrawal of Israeli army to the 1967 borders with Jerusalem as it is capital.

It is worth mentioning that the Palestinian-Israeli peace talks has been suspended since September 2010 after the two parties reached an impasse regarding borders, Jerusalem, refugees, security as well as the Israeli settlement construction on the lands of the Palestinians.