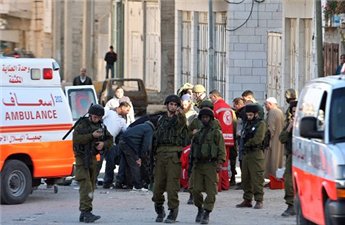 Two Palestinian sisters were injured on Tuesday when an Israeli settler hit them with his vehicle at the Huwwara Road, south of the northern West Bank city of Nablus, before fleeing the scene, the Maan News Agency reported.Local sources stated that the settler was driving his own vehicle, a pickup truck, and sped away without even slowing down, leaving the injured young women in the street.

Palestinian medical sources reported that the two sisters are Ahlam Hamad, 19, and Saja Hamad, 18. They were trying to cross the main street while heading for IbnSina Medical College, where they are students. They were transferred to Rafidya Hospital in Nablus, where X-ray and other tests revealed that they suffered concussions and external injuries.