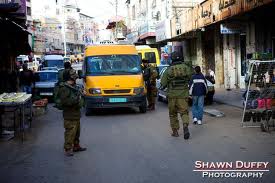 The army also searched several houses belonging to Khader al-Baw, Ali Shehada, Nidal al-Baw, and Saqer al-Baw, as well as other houses in al-Dahreyeh village in the southern part of Hebron.

In related news, a number of Israeli settlers stoned the house of the resident Mohammad Sadeq in the old city of Hebron, under cover of the Israeli army. In addition, the Army erected many military blockades in the city of Hebron and at the entrances of a number of villages, stopping the residents’ cars and checking their identities